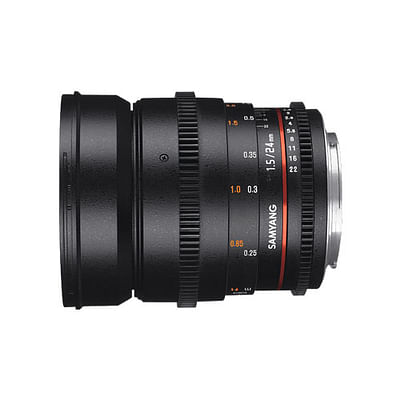 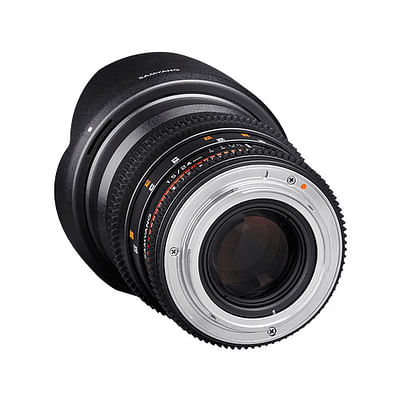 Cine Lens Features
Samyang 24mm T1.5 VDSLR ED AS IF UMC II is carefully designed for professional film and video works so the focus gear ring is installed for follow focus system. You may change the aperture quietly and smoothly with the uncoupled aperture gear ring. The T number guiding the actual amount of light transmission and distance scales are marked on both sides of the lens to film much precisely. The lens operates in manual aperture system with low T number which enables natural shooting under various light exposure circumstances.

There are no reviews yet.

Be the first to review “Samyang 24mm T1.5 VDSLR ED AS IF UMC II for Canon EF” Cancel reply